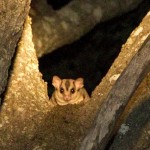 A very successful glider workshop was held at The Centre, Beaudesert in February.

Councillor Nadia O’Carroll, and natural resources officer Keith McCosh of Scenic Rim Regional Council, who have both been very supportive of the glider studies and of Scenic Rim Wildlife generally, each gave a short talk at the opening.

Dr Ronda Green spoke on some of our progress,  plans and information provided by others, pointing out that finding gliders is not always easy, and the more folk we have out there looking for them the better.  Our small team of volunteer members are dong a good job but need lots more helpers.  Photos were shown of some of our previous surveys and of gliders seen during them or captured by motion sensing camera.

She also presented information on each of our glider species, their relative sizes and identification features, and where they have been previously seen in the Scenic Rim. 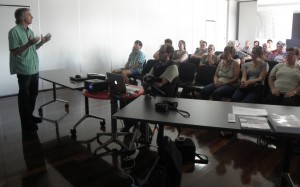 Dr Ross Goldingay, a glider expert from the Southern Cross University, Lismore, whose research on gliders has spanned three states and several species, presented on “Gliding Possums – ecology and management.”

He told us that the gliding habit had arisen three times in evolutionary history, within three different families of possum. and that taxonomists are now looking at differences within our recognised species with a view to splitting sugar gliders into two species, and doing the same with feathertails and greater gliders, meaning there will officially be 9 species of Australian glider rather than 6.

He presented graphs of the diets of the 5 local species, including leaves (mainly greater glider, which feeds primarily on eucalyptus), nectar, sap and insects. The yellow-bellied glider, we were told, is known to feed on the sap of 45 tree species out of about 250 species available within its range. Most of these are Eucayptus but include a few species of Corymbia and Angophora, a number of which are found within the Scenic Rim.

The use of nesting boxes, Dr Goldingay said, has had some bad press, but largely because of prior lack of adequate research. Long-term research on gliders’ use of boxes has now revealed some preferences by gliders for different styles and that they can be very successful.

Gliders can do some impressive gliding, he told us, as long as they can launch themselves from a good height above the ground: squirrel gliders for instance average of 21.5m, and yellow-bellied gliders 25.2m. If they don’t have high places to start from and trees are much firther than this, they can’t move from one patch of forest to another, and studies have shown a lack of gene flow between isolated habitat fragments. Dr Goldingay proposed the use of ‘glider poles’ to bridge the gap in 1993, and two years later this was trialled at Nowra, NSW.After further trials near Mackay, poles were also installed on the Compton Road Overpass in Brisbane, Scrub Road (Brisbane), Port MacQuarie and elsewhere.  Motion sensing cameras have revealed great success in the use of these poles by gliders.

Conclusion: we have the tools to re-connect glider habitat.

Keith McCosh of Scenic Rim Council confirmed that we will be able to erect poles within the Scenic Rim once we established the most effective places to do this. 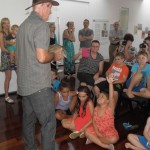 After lunch, Martin Fingland of Geckos brought a collection of animals we might see while spotlighting in our region.

His presentation was entertaining and very informative and much enjoyed by both children (some of whom had been engaged in activities with author Robin Adolph during other sessions) and adults . 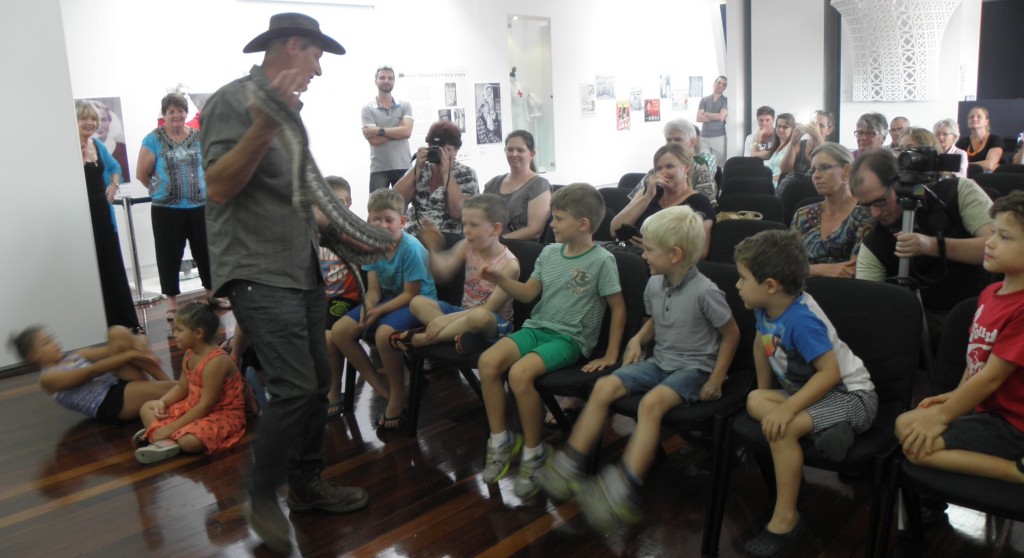 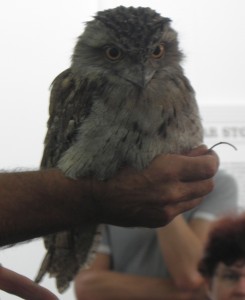 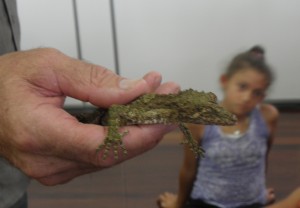 and of course his collection included gliders 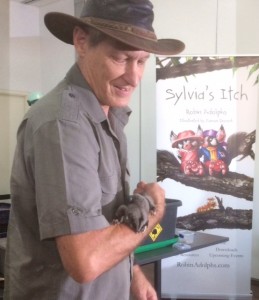 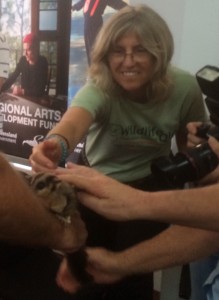 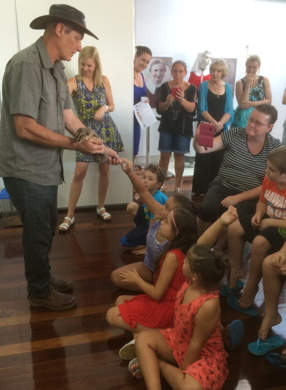 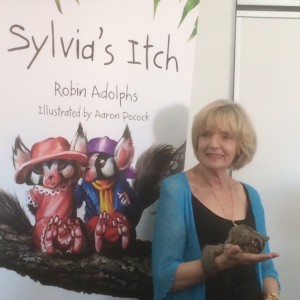 Three youngsters acted out the story for us 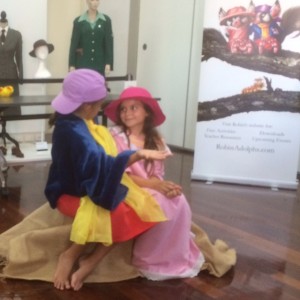 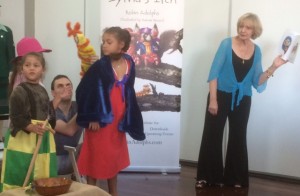 Ms Adolphs has very kindly decided to donate a percentage of royalties from all sales of Sylvia’s Itch to the Scenic Rim Wildlife.

For more details of this and other books by Robin, see https://www.goodreads.com/book/show/24506621-sylvia-s-itch

painting will be raffled over the next few months to raise money for Scenic Rim Wildlife. The version shown here already looks good but is early stages only.

Tamborine Mountain Skywalk also donated a family pass, which was raffled on the day 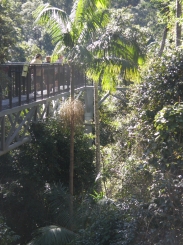 Many thanks to all