Pollinators And Plants – A True Symbiosis

More than 80% of all plant species on Earth need pollination by animals. Whilst the central role of the bee is well known by the general public, it is far from being the only pollinator. In a rich and diverse ecosystem, such as that of the Scenic Rim, the range of pollinator species is incredible. Alongside the large number of invertebrates in the region there are birds and even mammals that play a key role in this important function. What, then, is it that pollinators do, and how important are they? 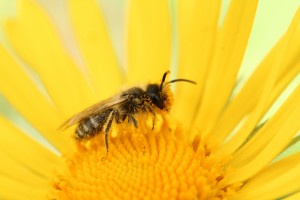 Photo by Christoph Polatzky on Unsplash

Why Pollinators Are Needed

Flowering plants reproduce sexually. Sexual reproduction in plants, just as in animals, involves the movement of male gametes to female gametes. In animals, the male gametes are sperm and in plants, they are cells that are within the pollen. When the gametes have moved to each other they fuse. In animals, this leads to the production of an offspring, and for plants it is seeds. Just over 10% of plants distribute their pollen without the intervention of animal vectors. In most of these cases, they use the wind to move their pollen. Despite being such a relatively low number of species the impact of these plants is high on humans as this is the phenomenon that causes hay fever.

The relationship between plants and the animals that pollinate them is a fascinatingly complicated one. Evolution through natural selection is widely misunderstood, despite being a very simple concept at its core. In every generation, there is the possibility of a mutation arising when the new offspring is produced. Most of these changes are neutral and may have no impact on the organism. Many mutations are negative and that change is quickly lost from the gene pool because it makes the organism less likely to reproduce. Every now and then, however, a mutation arises that increases the probability of an organism living long enough to successfully pass on its genes. Recombinations of existing genes from the two parents can also be favourable and selected for. So although ultimately, mutations make it possible for evolution to occur, recombinations are also very important in increasing the genetic variation for natural selection to work on. As time goes by and different mutants interbreed, small changes can become magnified. All the time, the pressure of being more or less successful at reproducing drives changes forward. For plants that use animals for pollination, one of the major sites for evolutionary change is in that relationship between the two species.

The Wild And Wonderful World Of Mutualism

The most widely known relationship between pollinators and plants is reward based. The classic example of this is how the European Honey Bee interacts with a wide range of flowering plants. The Honey Bee is undergoing a crisis around the world yet is thriving in Australia both in the wild and being farmed in hives. The Honey Bee seeks out flowers to drink the nectar that they contain. Whilst the bee feeds, it rubs against the stamen of the flower and gets covered in pollen. When it moves to another plant it rubs this pollen against the stigma and fertilizes it. While some flowers attract a variety of pollinators, others are far more specific. Other plants take a different role and the Cryptostylis orchids, species of which can be found within the Scenic rim,  have evolved instead, to look like the female Ichneumonid Wasp. When the male wasp spots the plant it tries to mate with it. The male wasp doesn’t get anything out of this exchange except to be covered in pollen, which it then transfers to other orchids.

Native Bees In The Scenic Rim

Australia has over 1,500 different species of Bee divided into 10 major groups by most experts. Queensland sees examples from every single group. Commercially speaking the most important bees are the stingless bees. This native species group is the only one available for sale (alongside the non-native European Honey Bee) and they are used for pollination and honey production. Stingless Bee species are so important that many farmers use them in greenhouses to help fertilize their crops. Some of the other important bees are species such as the Yellow and Black Carpenter Bee (that fertilizes passionfruit), the Blue Banded Bee (that may soon be used commercially to pollinate tomato plants) and the Teddy Bear Bee (that is vital for the pollination of wild flowers in many regions).

With such a diverse ecosystem, it is no surprise that the Scenic Rim boasts a wide array of other pollinating relationships. One of the largest groups to pollinate plants are flying foxes and other types of bats. The black flying fox,  the grey-headed flying fox, the littered flying fox and the common blossom bat all play a vital role in the transport of pollen between trees. Many Eucalypts are highly dependent on bats to reproduce, and many of the flowers growing at a lower level (such as the arrow-head violet) need butterflies from the Pieridae family for pollination. There are even some rainforest species that are  pollinated by beetles. Over 1000 plant species in Australia are pollinated by birds. Most of these are honeyeaters or Lorikeets and the trees they pollinate include the most dominant families in the region; eucalypts, grevilleas, banksias and melaleucas.

The World Without Pollination

Flowering plants need to spread their pollen to reproduce. Any plant with an ornate flower will use an animal vector to do this. It is difficult to fully express the utter devastation that would follow the loss of pollinators. All the major Australian tree families use birds, bats and insects to pollinate themselves. Without these trees, whole ecosystems just vanish. From a far more selfish point of view, every fruit requires animal pollination in order for the fruit to be produced. In the long run, most vegetable crops require animal pollination to produce seeds for the next generation. The idea of nature being interconnected may seem like a very new age kind of concept, but in the case of plants and their pollinators, it is absolutely true.