Loss of habitat is one of the major threats to wildlife throughout the world, and the Scenic Rim has lost quite a lot. 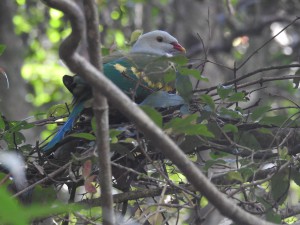 A number of fruit-eating birds, such as wompoo fruitdoves and bowerbirds, spend summer feeding on fruits in the mountains but move to the valleys in winter, where fruit is more abundant than in the colder, high-altitude regions. They have been disadvantaged by the almost complete clearing of lowland rainforest for agriculture. The Coxen’s figparrot, although it does eat some fruits other than figs, has quite a narrow diet, and the loss of lowland rainforest seems to have driven it almost to extinction. There have been very few sightings in recent years.

Climate change may change forever the habitats of some of our mountain tops, and many plant and invertebrate species are likely to become extinct as a result.

Clearing of low-lying open forests has also been extensive, riverine forests have been completely cleared in some areas, and swamps have been drained or totally altered by hoofed animals and weeds.

Burning that is too frequent or during nesting season can seriously impact species such as the eastern bristlebird, which  lives amongst tall grassy areas close to mountain forests.  Elimination of understory shrubs through overgrazing or frequent burns can eliminate small grin-foraging birds, mammals and reptiles.

Animals have to move: the need for corridors

Animals have to move – within the Scenic Rim and beyond) they don’t understand our political boundaries – nor would they care!)

Why do they need to move? What problems can they face? How can we help them?

Why do they need to move?

1.To reach sleeping/resting and feeding/drinking areas 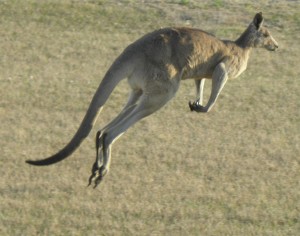 Some may move many kilometres each day (or night). Fruitbats are know to fly over 100km some evenings seeking flowers an fruits (mostly native ones). Eagles, pelicans, topknot pigeons, kangaroos, quolls and others may range widely.

Some move far less, but still need the opportunity to do so, and need the two different kinds of habitat to move between. Red-necked pademelons often move a short distance from the rainforest where they sleep to more open grassy areas where they feed on grasses to supplement their forest diets. Many wallabies spend a lot of time grazing on grasses in open habitats from dusk to dawn, but need more sheltered areas to rest during the day.

Others stay with one habitat types but need enough area to move around in if they are to find enough insects, nectar, fruit or whatever else they eat.

After a fire or prolonged drought, food may be sparse, and animals need to find another place. Some, like common brushtail possums or pelicans, are happy enough to cross unusual habitats while looking for what they need.  Others, like rainforest lizards and some frogs, and the short-eared possum (or ‘mouton brush tail or ‘bobuck’)won’t leave the kind of shelter they’re accustomed to.

Fruits and insects are not as plentiful in the mountains during winter as they are in summer, so many birds (such as bowerbird, rose robins and golden whistlers) migrate to the valleys for the winter, moving back to the mountains in spring.

As koalas finish all the tender young eucalypt leaves on their trees they need to find new ones. and sometimes need to travel a lot further across the ground than is safe for them, as they may need to pass dogs and across busy roads.
3.To find a new territory,

A young animal moving out of home for the first time has to find somewhere to feed, and later to breed and raise young.
4. To migrate north-south between breeding areas and  over-wintering areas

Swifts, Latham’s snipe, joel, dollarbird are amongt the species that make regular migrations, and although they don’t need continuous habitat they do need to find suitable stopover points or feeding areas

This may sometimes mean travelling many kilometres -e.g between the Scenic Rim and New Guinea, Japan or Siberia
5.To find a mate.

It may be relatively easy for flocking species such as galahs or black ducks to find mates when they reach that age.  More solitary species such as koalas and quolls have to travel a bit further to find one.

Also very important (although the individual animal isn’t aware of this) is the
insurance against total loss of a species. If the only population is in a patch pf forest that burns, that species is lost to the world, but if there’s an escape route it might just survive.
Genetic diversity within a species is also essential for the longterm viability f a population of animals. Too much inbreeding can result in an increase of deleterious recessive genes, making longterm survival and breeding success for each individual less probable from one generation to the next.

What habitats can they move through?

Some  species move easily between habitat types. Lewin’s honeyeaters forage deep within the rainforest for fruits, but enter eucalypt forests or tree-studded paddocks in search of nectar-rich flowers. Currawongs appear to be  comfortable deep within rainforest but also in the middle of bare cow paddocks. Common brushtail possums seem to tolerate almost anything along the way while traveling between their favoured habitat.

Wompoo fruit doves and catbirds don’t often move out of rainforests. Mountain brushtails (bobucks) are not as versatile as the common brushtails and need to stay within tall dense forests. Small birds of the forest floor or of heathlands and tall grasses can be reluctant to fly across open habitats. Small flightless animals can be even more reluctant to move away from shelter (and thus face more danger from predators)

What problems can they face?

Some common problems are: 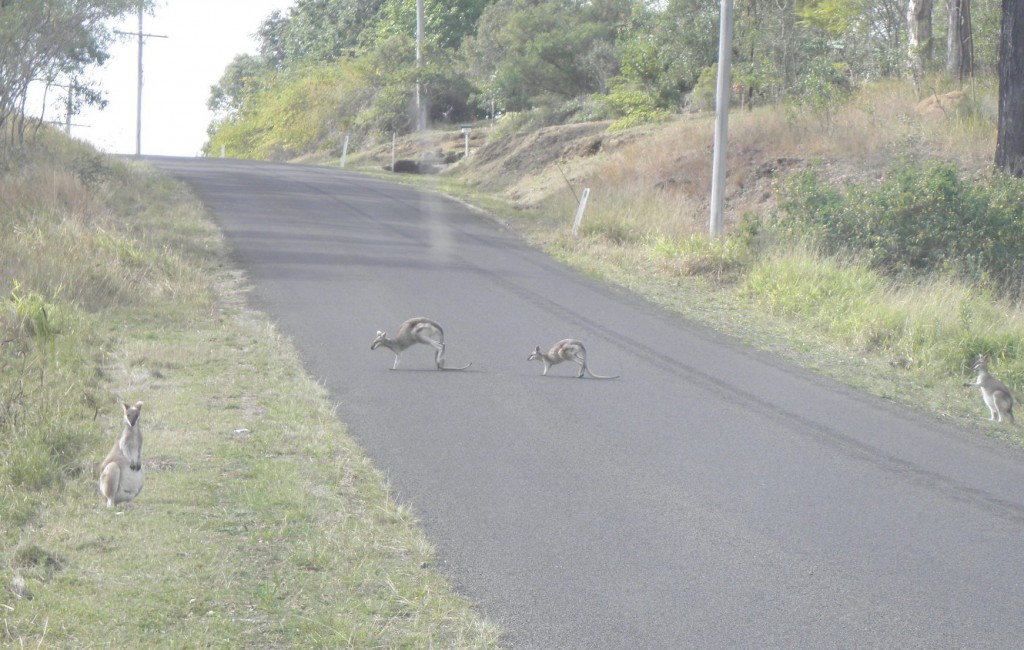 How can we help them?

With care and intelligent planning, maybe we CAN still enjoy our wildlife for decades or even centuries to come!