Property of Hans and Louise Kopf, near Boonah, 12th July

No gliders, but  we had a good energetic moonlit stroll around the wooded hillside.  Hans and Louise have sent footage from their motion-sensing camera, showing red-necked wallaby, whiptail wallaby, rufous betting, brush-tailed possum, long-nosed bandicoot, and unfortunately also fox and wild dog. 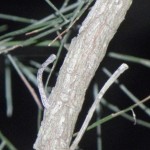 an unidentified caterpillar at Wonglepong

No gliders, but  we saw red-necked wallaby, frogmouth, unidentified frogs and caterpillars and wolf spiders

Robyn Fortescue of Wallaby Ridge has since sent us a photo of a squirrel glider near their house: 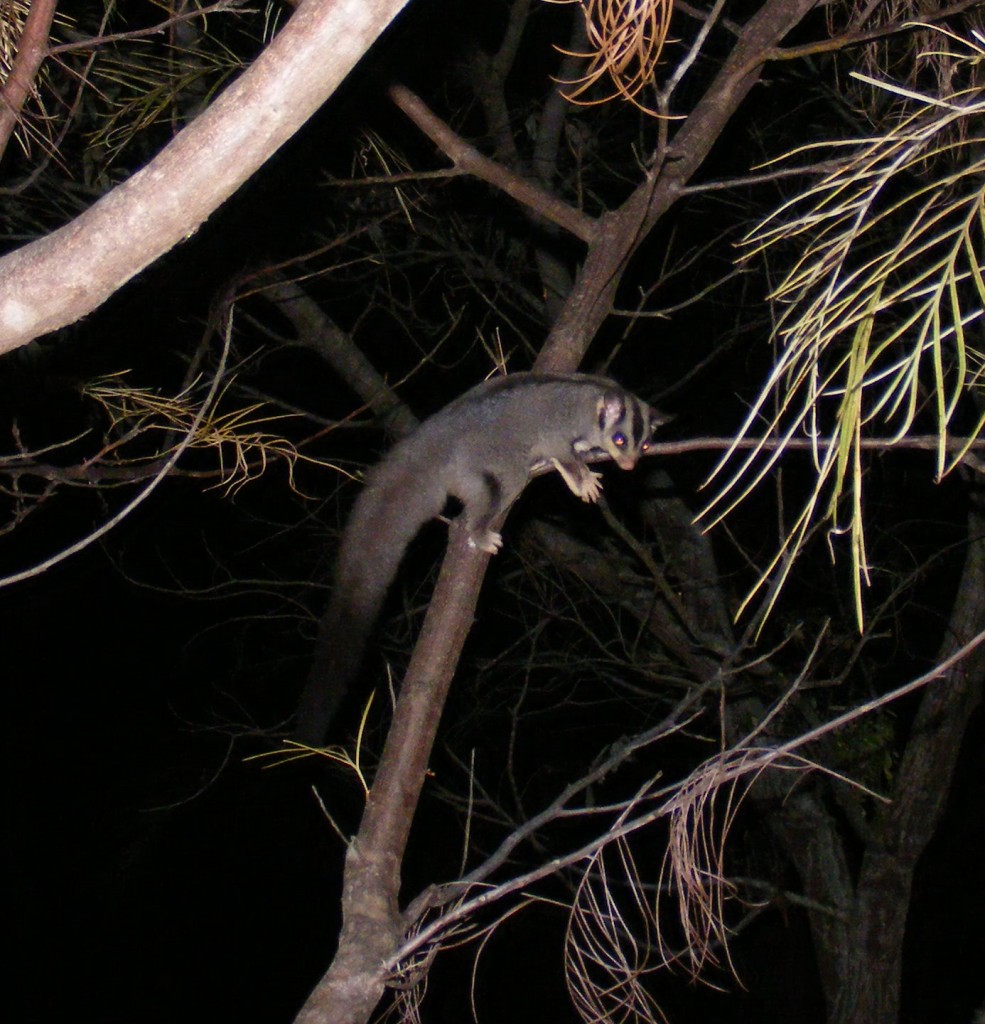 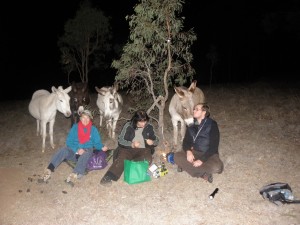 We returned in the hope of finding the glider again, near the tree in which we first saw it, and find what it had been feeding on.

One of us sat quietly near the tree, turning on the torch only occasionally and listening for rustles in the leaves.  We never saw it that night but as we sat down for refreshments on the hillside we were suddenly surrounded by inquisitive donkeys (from left to right: Wendy Dunn, Ronda Green, Darren Green: photo by Linda Cross)

We also saw whiptail wallaby, red-necked wallaby and masked lapwing, and near the property a roadkill bandicoot and a live echidna. 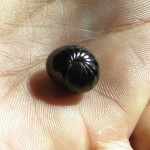 A pill millipede (on hand to show size) rolled into a protective sphere like a miniature armadillo, at Skywalk

Thanks to Brendan and Nick, we had access to the rainforest canopy walk at Skywalk on Tamborine Mountain after hours.

Once again, no gliders, but we know yellow-bellied gliders have been seen there in the past and we were told on the night that sugar gliders had been often seen at Songbirds, just up the road.

We are hoping to return in a few weeks when other trees and vines may be flowering and attracting gliders.

Greater gliders were sighted here three times during nocturnal searches by Araucaria Ecotours, also a possible sugar glider and yellow-bellied glider (both of which have definitely been seen here in the past)